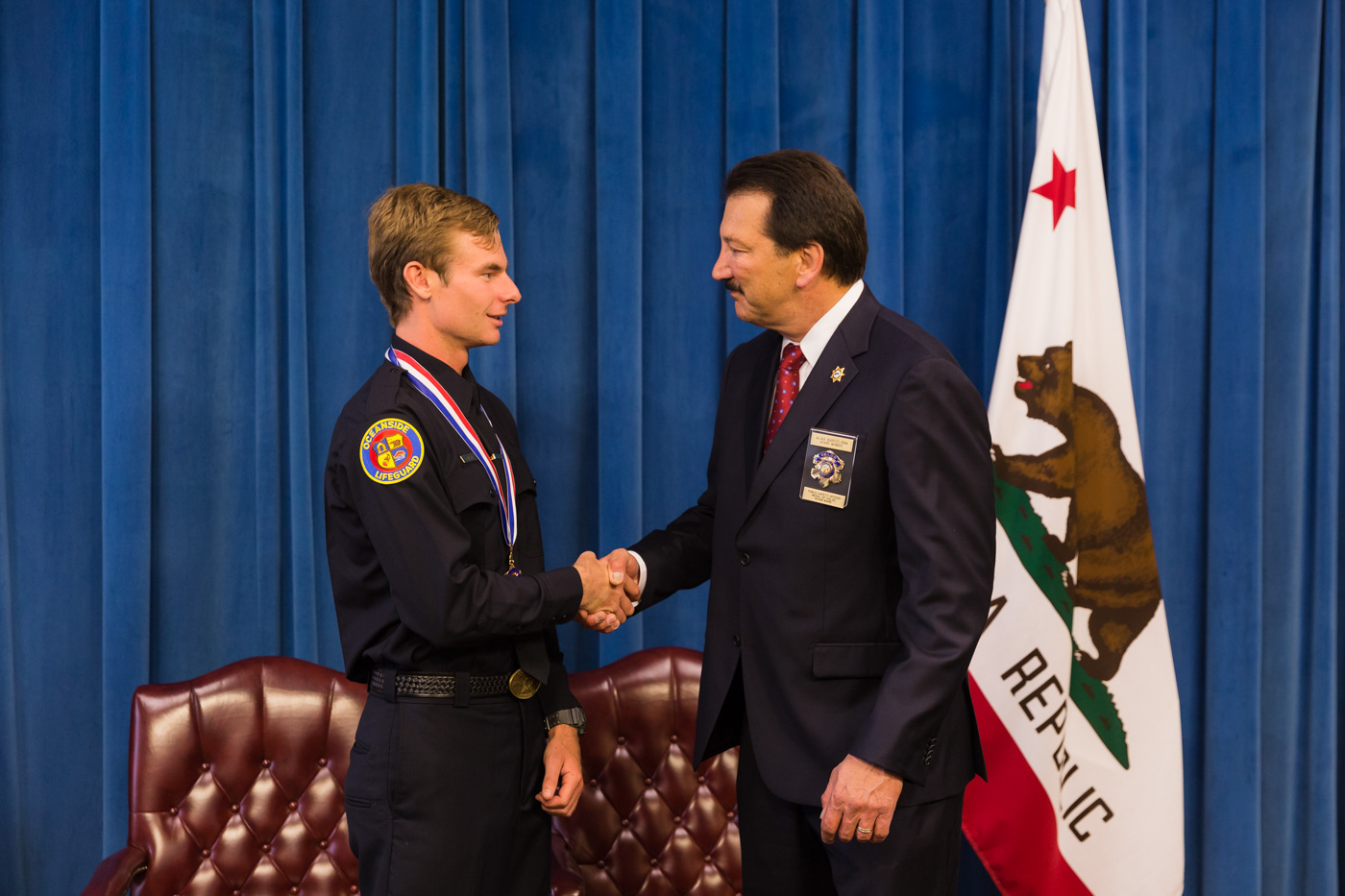 “This year the review board considered 21 nominees, all of them exhibited bravery and put their safety second behind those they rescued,” said California Statewide Law Enforcement Association (CSLEA) President Alan Barcelona.   Barcelona proudly serves as a member of the Medal of Valor Review Board.  “Lifeguard Wilson was awarded the Medal of Valor for his bravery, heroism and courage as he rescued a nearly unconscious boater, whose vessel crashed in Oceanside Harbor. The boater’s legs were trapped between two boulders and Lifeguard Wilson was able to dive underneath the water, in a pounding surf, and free the man’s legs.” 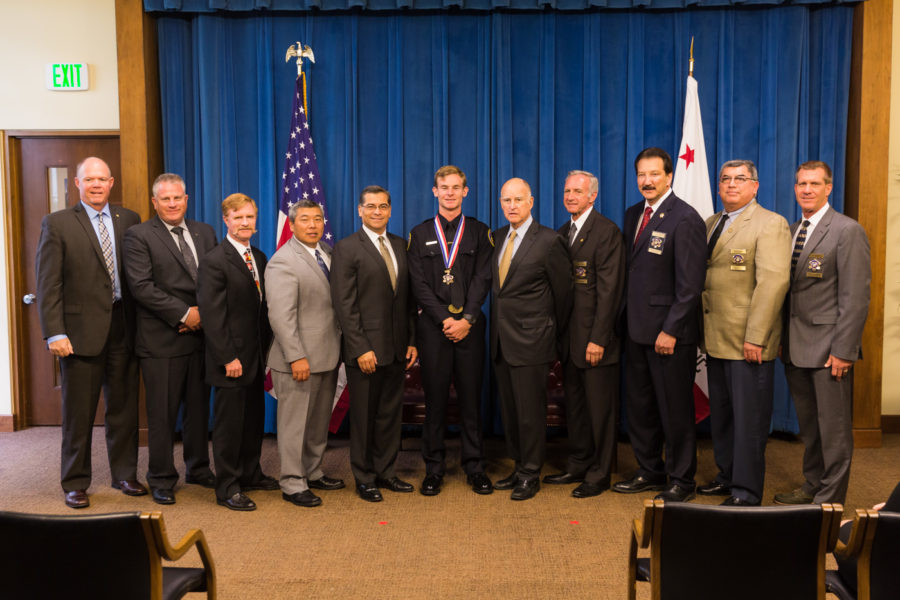 Wilson attended the ceremony with his parents and a family friend.

The Governor’s Public Safety Officer Medal of Valor Award is presented to recipients once a year.  Typically, there are numerous recipients from throughout the state.  This is the first time in recent years in which just one recipient was chosen to receive the award.

CSLEA and California FOP Lodge 77 President Alan Barcelona, a law enforcement officer for more than 30 years, is dedicated to public safety and the brave individuals who protect and serve.